What A 7 Year Old Can Teach About Arguing 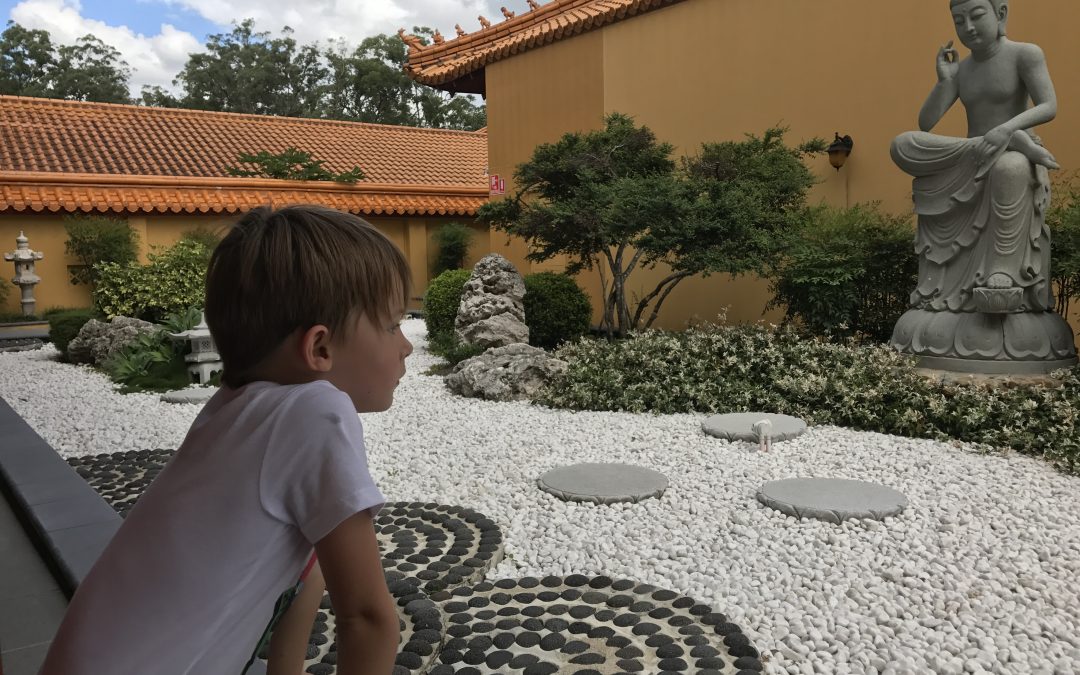 I fell out with my son the other day, well, more he fell out with me. We don't argue a lot, he's a pretty chilled little guy, but we're human and sh*t happens.

Kids have an uncanny knack of knowing when emotional energy needs to be released. Until, that is, we teach them otherwise by labeling it bad behaviour and punishing them for it.

This is precisely why so many grown ups now struggle to release emotions, instead stuffing them deep inside.

If you're not paying attention it can seem like arguments start out of nowhere but there's usually a few subtle tell tale signs. As he erupted, I tried my usual calm, deflective techniques but before I knew it he was in full melt down mode.

Tears streaming down his little face, which twisted every time he spat his words at me.

The unconscious parts of me wanted to be offended, to be riled by his apparent rudeness and filthy temper.  It wasn't pretty.  I could feel my patience draining and I had to fight hard to stop myself getting sucked in.

You can't fight fire with fire, the heat just increases and as he blew he screamed something that stopped me in my tracks.

I was demanding he change his behaviour, but the deeper part of him knew something that in that moment I was blinded to.

And that's when it clicked.

The thing we were arguing about, wasn't the thing.

And suddenly the energy shifted.

I knelt down, looked into his tear stained face and pulled him in close. His heart was racing, his little fists clenched and as he fell into my embrace I was reminded of something we all need reminding of.

The arguments we're having, aren't really about what we think they're about.

They're deeper, more complex. They're our fear, our shame, our insecurities around change. They're our unexpressed hurts, our unmet need to connect, to feel safe, to feel heard, understood and oh so importantly not to be judged.

Every couples counselor will tell you that leaving the top off the toothpaste is not what's causing the arguments.

In all relationship conflict there's more going on than the eyes see and the ears hear.

And as we cuddled I gently asked the little emotional being in my arms, "what's really wrong?"

And in the safety of my understanding, it all came tumbling out. As I helped him piece it all together his small body softened, his fists uncurled, his heart rate slowed and he let out a deep sigh of relief.

And as quickly as it began, it ended. And he was back.

I've always loved the quote by Rumi "Raise your words, not voice, it is rain that grows flowers not thunder."

This has certainly been my experience with my son. Early on I recognized that all raising my voice did was exasperate the situation.  When the shouting starts the listening ends.

It doesn't work. And I'm all for what works.

My son has always been one of my greatest teachers. Through him I'm learning ways to communicate better, to be more compassionate in the face of another's anger. To be more gentle with another's fragile heart, to be more  understanding, more present and more connected to love, especially when faced with what's often the chaotic struggle and messy business of releasing emotion.

And if we're willing to see, to look deeper, explore further, reserve judgment and create a safe, loving space for other's and ourselves to find our way through the emotional maze, then together, just like Rumi's flowers, we'll grow.