A Diet For The Awakening Soul 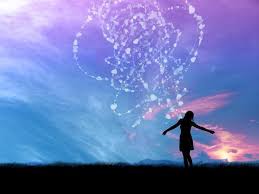 I'm not a fan of diets per say, in fact I'm of the opinion that they don't work.  Why? Well mostly because I believe that there's a deeper root cause behind the need to diet and if you don't get to the root cause you'll eventually end up right back where you started.

Only now you'll feel even more deflated and down on yourself because "it didn't work."

I am however a fan of healthy eating.  Thanks to my body telling me in no uncertain terms that it was no longer going to put up with me eating toxic sugar, junk food and processed nasties, I cleaned up my diet years ago and I've never looked back.

But the diet I'm talking about isn't food related.  It's thought related.

It's a diet of the mind.

It's a diet that eliminates toxic thoughts, junk patterns and programming along with repetitive negative verbal communication.

It's a diet for the awakening soul ... and it's a diet that works.

Like most diets it take commitment. Boy does it take commitment.  I won't lie to you, it's challenging.  You don't yet realise just how ingrained and indoctrinated your negative thought patterns and programming are.  But with a little awareness and commitment you can and will, very quickly start to see results.

So, what am I talking about and what do you have to cut out?

Now, first up I want to say you are NOT, REPEAT NOT A BAD PERSON for partaking in these negative thought patterns and processes.  We've all done it.  We're conditioned to.  BUT that doesn't mean that we have to keep doing it.

As we awaken and raise our consciousness we need to recognize that the quality of our thoughts, words and conversations are massively impacting whats showing up in our reality.

I know it's hard. Trust me I'm not asking you to do anything I'm not doing myself.  Like you, over the years I consistently found myself slipping back into old habits....

UNTIL I GOT SERIOUS ... AND GOT COMMITTED.

What makes it so hard is that you've probably got a sh*t ton of stuff to complain about. Relationship stuff, health stuff, money stuff, job stuff, world stuff ....

And for a short time we feel better talking about our stuff ....  we also feel connected to others.  And if you pay attention to some of your relationships you'll see that negative talk and complaining is sometimes all that connects you.

BUT what you focus on you feed.  SIMPLE.AS.THAT.  By complaining and repeatedly revisiting stuff in your head, out your mouth, on Facebook, Whatsapp, via text, phone or all combined, you're feeding the very energies that you are complaining about.

OK, So Gimme The How?

Well first I want to invite you to consider the Law Of Replacement which basically means that matter or energy cannot be destroyed it can only be transitioned into another state. So instead of just cutting the above list out of your mental diet you're going to replace everything you cut out with its opposite:

Now I know it's challenging, so here's some tips to help the process.

Limit your time on social media

Unfriend people you're not friends with

Be unavailable for gossip

Change the subject whenpeople talk to you about bad news

Avoid negative people as much as possible

Take some time out away from others if you need to until you get clear in yourself and if you need to withdraw at any time, do it, you don't need permission.

Keep reminding yourself on a daily that negative thoughts, words and patterns are holding you back from living the kind of life you'd love. If you want to evolve and have a fabulous relationship, a fabulous job, a fabulous life you have to think, speak, breath and live fabulous thoughts.

This isn't about denying the negative.

Remember, you can't destroy it, you MUST TRANSFORM it and withdrawing your energy from it and putting that energy into its opposite is a powerful and key aspect of doing just that.

You might not see magic right away, your current reality is based on your past thoughts and patterns but your future reality, that's based on NOW.