Healing The Painful Pattern Of Abandonment 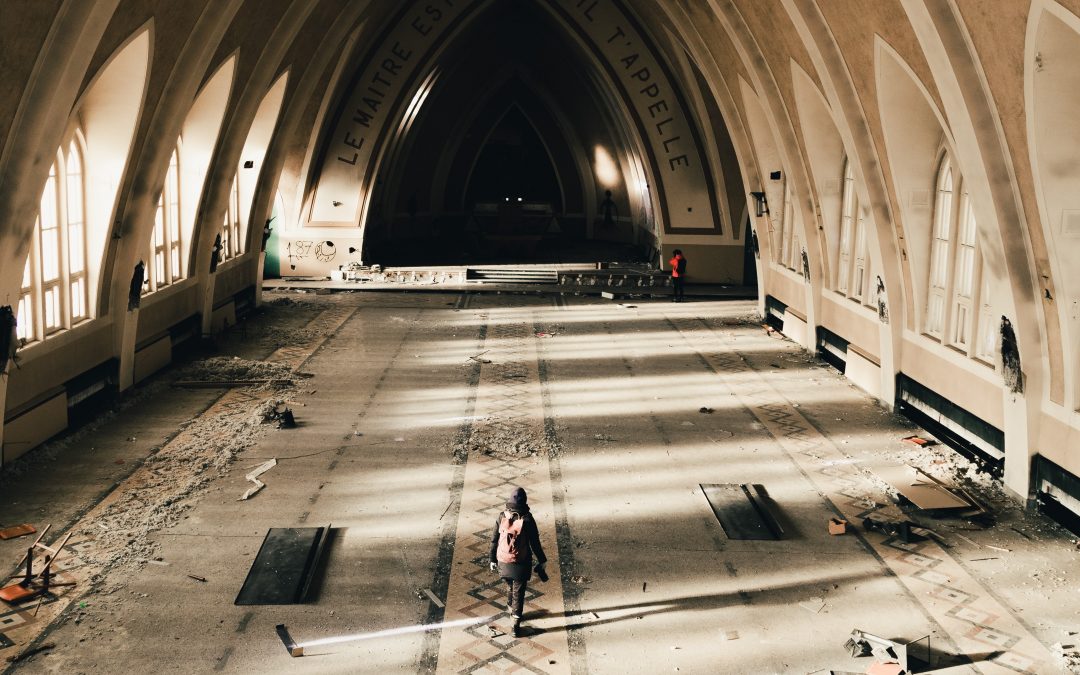 There are wounds that never show on our bodies, but they're deep and they hurt more than anything that can bleed.

Abandonment is one of those wounds.

If you have abandonment issues, sweetheart you're not alone. Fear of abandonment lies at the core of many problems in many people's lives and relationships today.

Abandonment is a core wound that stems from a childhood experience of having been left behind. It's a feeling of being discarded, not wanted, not cared about enough, or not being important enough to stick around for.

It’s usually a parent, care giver or loved one that leaves. It doesn't always have to be permanent, although it often is.

Abandonment can arise through the death, being given up for adoption, divorce or separation. It can even be a child getting lost or experiencing a parent’s sudden or unexplained absence.

For example a child may wake up from a deep sleep to find her mum gone. She might only be downstairs, outside hanging out the washing. Only she shut the door, and awake, alone and no idea where mama panic set in.

Children’s minds can’t rationalize so she came to only the conclusion she could. Her mother had left Fear locks into our psyche and creates a bio memory in our body.

When my son was less than two years old, and on holiday, we left him at the hotel kids club while we went for an early dinner. As a first time Mum, I made the rookie error of leaving whilst he was distracted. He seemed happy enough; I thought he'd be fine.

Boy was I wrong.

We were happily cracking into the wine when they rang. “We can’t do anything with him” she said. “We’ve tried everything, and we can't calm him down. You’ll have to come get him."

He'd always been a really easy going boy so I was quite surprised. But nothing prepared me for what I found when I got there.

The place was in total f*cking chaos.

Awash with out of control kids, the kid to staff ratio was way too top heavy. I scanned the room and couldn't see him anywhere. So I found a staff member and was directed to a little red stroller in the corner. He was sobbing so uncontrollably his entire body was visibly shaking.

He'd been there since not long after we left. Apparently trying everything didn’t include fetching his dummy, or his beloved little poo teddy he'd had since birth (and has to this day and he's almost 8). Both of which I'd left with staff. As I picked him up I physically felt his terror.  And as I pulled him close, his little heart started to slow, his breath calmed, and he softened, and let out a sigh of relief.

Since then he's never liked being left. I tried him in various day cares, he hated it. He cried when I left, and fell apart, tears again the second he saw me when I came to pick him up.

He still mostly co-sleeps with me, even now.

I've thought a lot about that day, I wished I’d done it all differently. I suspect he still has the bio memory of that trauma in his body and it’ll be there until it’s properly released.

The feeling abandonment is just part of the equation. There’s typically a belief and story that goes along with it. That belief is "it’s my fault I was left."

Particularly when the parent leaves, for good, or repeatedly comes or goes with no consistency, the child forms the belief that it must be because of something they did or who they are.

This causes a deep wound. Sadness, anger, fear, loneliness, and bad and unworthy flood the child who supresses the emotion.

Fear of abandonment creates clinginess and can also create attachment issues both are problematic in relationships.

It all happens at an unconscious level. The subconscious represses the original feelings and memory to protect the conscious mind from having to deal with it. And that's the problem, it never gets dealt with.

Having gone through it, the experience is recorded in the body and mind, but it’s never resolved. It remains incomplete, and creates a root pattern.

Root patterns bury deep, and because they start in early childhood they create a foundation on which the our sense of self is built upon.

A root pattern of abandonment creates a self who thinks they’re bad, unlovable and destined to always be left.  Unfortunately, this becomes reality because our deepest beliefs determine our experiences. We create a reality where we feel abandoned over and over again.

Relationships bring all our subconscious stuff to the surface. If we have a fear of abandonment, when we get close, this fear awakens and our vulnerability is heightened.

Even if things are going good we just let ourselves believe that someone would stay. And we can start to create issues, see problems that may or may not be there. Panic sets it, what if it happens again?

We can blow things out of proportion, become suspicious, controlling, demanding. We need reassurance and yet nothing can sedate our fear. No amount of reassuring helps because the part of us that's scared, it won't let go of the belief.

And we self-sabotage, we can shut down or flip out and we bring our fear ever closer. We knew it was coming. We couldn't relax, we couldn’t trust, and eventually we couldn’t pretend. No matter what, the part of us that fears being abandoned can’t be reasoned with.

Root patterns are energetic and they attract energy of the same frequency. This can be a recipe for disaster. We can attract people with similar issues, only theirs may manifest in the opposite way. Instead of being clingy and over attached for example, they can be detached. They may even be serial leavers, cheaters or unable to form intimate connections due to their own fear of being abandoned.

When these two meet its chaotic. Each other’s wound is activated; the more one pushes the more the other pulls away. And this creates a destructive cycle of fear and control.

So what’s the answer?

We need to get to root of where the pattern began and unearth it. See it, know it inside and out, understand it at the deepest level.

And we have to complete the experience. We have to bring an end to the original event.

Abandonment is really just an illusion, a story that is was our fault. But that’s simply not true. It was never about us. If we were left it was only because of what whoever was leaving believed, and we could never be responsible for that. Most people who abandon are running away from themselves.

Parents who abandon have often themselves been abandoned by their own parent; painful patterns run in families. And yet we can spend our lives wrongly believing it was our fault and keep creating the pattern over and over again.

What’s truer is we can never be abandoned, just like we can never be unworthy. Even when it seems that we’re being left, the one doing the leaving has their own story of why they have to go. And that’s story birthed from their own pain, their own unconsciousness, their own wound. All long before we even came earth side.

Abandonment is a painful perception, but it’s not truth. Yes, it becomes our reality, but that only proves our reality is shaped by what we believe. When we change our belief we create a whole new world.

And whilst it seems like the reason for our pain, it’s also the catalyst for our healing and transformation back to love and deep connection. And then an unshakable sense of belonging to the one person who when we’re truly connected to we dissolve all wounds, ourselves.

If you need help transforming your fear of abandonment and rewriting a new story, connect for a free discovery call and find out how I can help you become the hero in your story and turn it back into one of love and belonging.