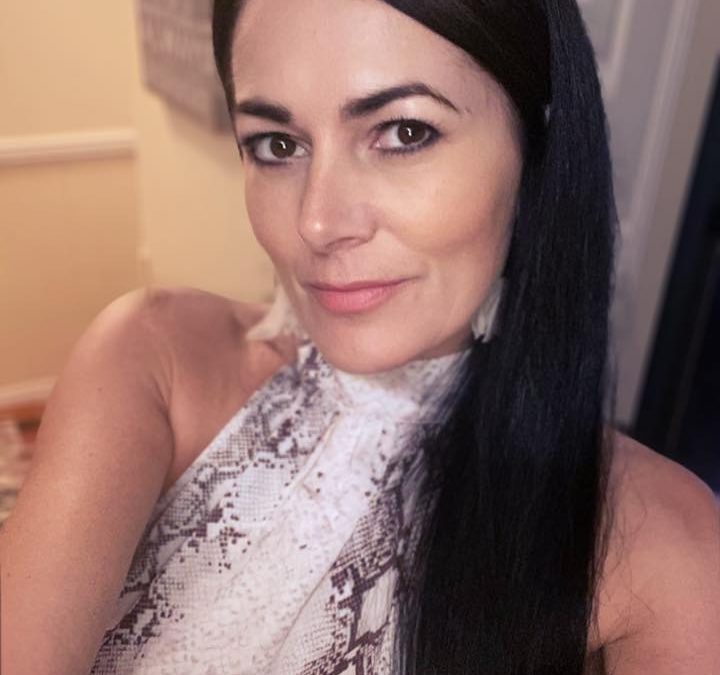 It's a myth that the feminine is weak; and one of the reasons so many women are denying their feminine and instead pushing themselves into a more masculine energy, so as to be stronger, more powerful, more in control - apparently.

It might help you out on the work front, and if you’re juggling every household role and chore under the sun, but when it comes to relationships; when it comes to love, to receiving and to feeling that deep contentment and inner peace on the inside, women over using their masculine are a world away from feeling strong.

In fact they feel powerless.

And beneath the mask of perfection, they’re secretly riddled with anxiety and crippling self doubt and silently battling addictions to alcohol, drugs, pain meds, shopping, over eating and one toxic, loveless relationship disaster after another.

And that’s not all.

More and more women are battling a multitude of physical dis-ease relating to both the throat chakra (e.g. thyroid) and sacral chakra (e.g. PMS, reproductive system, a distinct loss of “pussy magic.”

It’s precisely the disconnect from their feminine core and an overuse of their masculine that’s leaving women feeling fragile, weak, lost and easily seduced into relationships and situations where they end up feeling betrayed, disappointed, shamed, victimized, humiliated and always feeling like they’ve done something wrong.

It’s a disconnect from their feminine core that blocks the capacity to forgive and move on, keeping women tapped in continuing cycles of perceived rejection and lack of self validation.

And it’s this disconnect that’s leaving women angry and resentful, especially with the men in their lives who continually seem to let them down which feeds back into their feeling powerless.

And yet, as the creative energy force of the universe, the feminine is the ultimate creative power, just what could be stronger than that?

The feminine holds the capacity to birth life, she also holds the capacity to activate and inspire the masculine into incredible heights of devotion, provision and protection, that serve her in ways that eliminate the need for pushing, forcing, worrying, controlling and doing every-fucking-little-thing.

Why are so many women struggling?

Because they’re cut off from their true feminine power, and ironically it’s one of the reasons that so many men are struggling too.

Because the knock on effect of women over using their masculine is a continued emasculation of men who, having felt a disconnect from the feminine since childhood, have also become unhinged from their highest masculine and because the two energies rely on each other for balance.

“Out of the womb of the feminine the masculine rises.”

Hers is the power that births.

His is the power that is birthed through her.

The feminine comes first, meaning first SHE descends into her highest frequency and then HE rises. She is the catalyst for healing for both the feminine AND the masculine.

Trying to become stronger and more powerful by using more masculine energy will kill your feminine essence, stone cold dead and leave you more depleted, miserable and loveless than ever.

Because it’s killing the kind of polarity between the the sexes that’s required to create the harmonious loving, supportive relationships where each other's power is honored, supported AND enhanced by the other.

Our relationships are dying in the dust of our disconnect, our bodies are crying out in pain and dis-ease and our minds suffering in the trenches of over thinking and anxiety all pointing to the pressing need to get back into alignment with creative nature that is our feminine core.

And it starts with you.

Because the feminine IS strong, she’s also soft, she bends in the breeze, she is the breeze.

She’s the fluid movement of water, and the intensity of ice.

She’s in the peels of your laughter and the sway of your hips and she fears nothing and no one because she lives and breathes deep in the arms of presence and trust, and in doing so magnetizes and ignites the masculine into his highest most noble role, and that is to serve.

Men are struggling too, they’ve lost their way too, and they want to get back too.

And men are starting to notice; to awaken, to do the work. But the masculine can’t rise without the feminine and she won’t deepen into her roots without him, so we can either keep on blaming the other and stay trapped in the misery and hardship of our own inner imbalances, or we can be the change and end the disconnect and suffering out there by first ending it in here.

Your true power and strength is in finding your way back to your feminine core and living and loving from there.

Get ready to commit.

It’s time to save yourself.

High feminine frequency is the way.