How To Forgive Them When They Aren’t Sorry 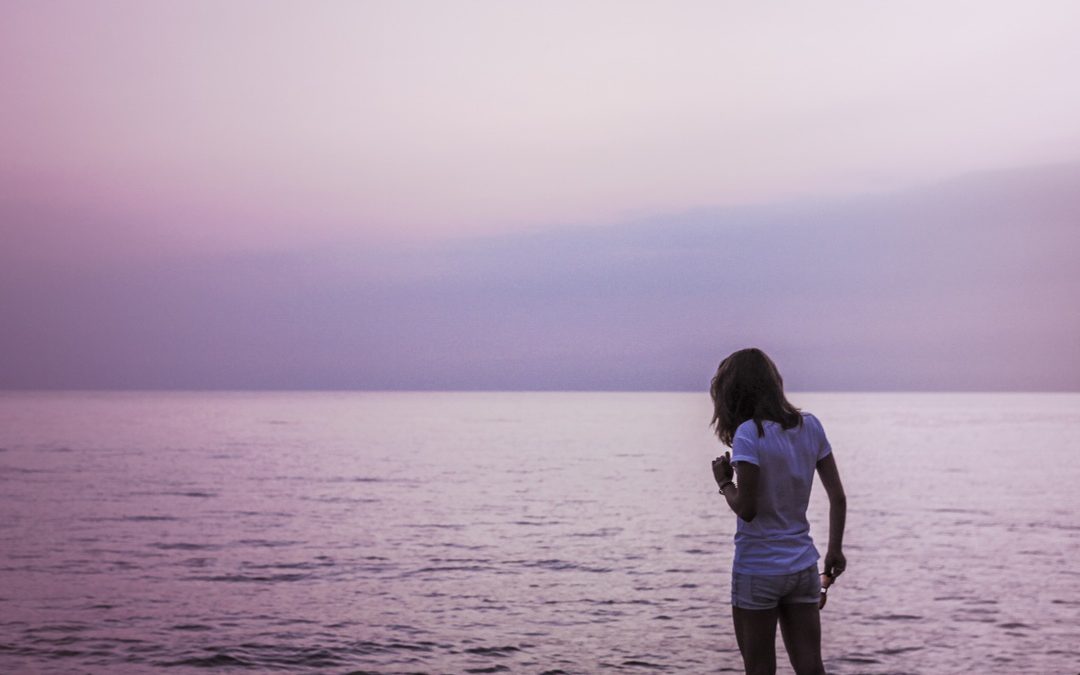 In perfect world they’ll all be sorry. Everyone who hurt us will step forward, guilty hands in the air, owning their shit and asking for our forgiveness.

And they’ll mean it.

They’ll break down even; tell us how sorry they are for f*cking up and hurting us, how it was all their fault  and how eternally grateful they’ll be for the opportunity to make it up to us, if only we’ll let them.

Unfortunately it's not a perfect world.

You might get the odd apology here and there, especially for the small stuff. But the big stuff, the doozies, the crap that breaks your heart into a thousand pieces and knocks the stuffing clean out of you, that stuff you won’t get a sorry for.

That’s certainly been my experience.

I’ve had some deep wounds, especially in childhood, and by my own family.  And I haven’t received one apology, not ever. Quite the opposite, I’ve actually been blamed for the very hurts they caused.

I know I’m not alone, maybe that’s your experience too.  If it is, I feel you. I know you might be telling yourself you can’t move on without them being sorry.  You need closure, you need to know that they know how much they hurt you.

But sweetheart, you may never get it, and the truth is you don’t need it.

Waiting on an apology that’s most likely never coming is damaging.  Not only is it keeping you energetically tied to the event and person you need to move on from, but it’s also keeping you stuck in the deep, dark, dense energy of victimhood.

And that shit can hurt you more than the original wound.

So how do we move on without an apology, or without them even being sorry?

Firstly it’s important to understand why so much hurt happens and goes unacknowledged.

Why aren’t people sorry for what they’ve done?

Why can’t they just admit they did wrong?

There’s one key reason why, and it’s almost like a disease that’s infected so many people and lies not just at the heart of the lack of apologies, but also beneath most of the bad behaviour itself.

That reason is shame.

Shame is the reason you won’t get the apology you deserve.

Shame is the reason you might even get the blame.

Years ago when I blew the lid on the sexual abuse I’d endured throughout my childhood, not only was it not admitted, acknowledged or apologised for, but my Mother actually launched a campaign of hate against me accusing me of lying and being “spoilt” and “hurtful.”

She reckoned I should be ashamed of myself for saying such disgusting things about my own family.

She wrote it in a letter.  It arrived on my birthday.  A long list of accusations, signed off at the bottom, “from MUM. “

For some reason that always seemed strange to me.

More than 12 months would pass from receiving that letter before we had our day (4 days actually) in court.  A guilty verdict was received; multiple prison sentences handed down, and yet still after all that, my mother refused to accept what was true.

The shame had morphed into deep denial. To admit to it now would be synonymous with death.  Such is the power of shame and denial. To this day, more than two decades on, to my knowledge, my mother still refuses to acknowledge the abuse happened.

I’ll most likely never receive a sorry from her, not in this lifetime.

And I don’t need one, because I already forgive her.

Yes, I know, it’s hard to hear a mother could do such a thing.  To turn her back on her own child, to abandon her to abuse, deprive her of protection and then blame her with such vengeance.  It's quite shocking, wicked even.  How could I forgive her?

Well, I see beyond the stories.  I see the shame.  I see a woman wracked with guilt so deep, so dark, so destructive she simply can’t look at it.  All she can do is project it onto me, in an attempt to hide from the unconscious parts of her that have swallowed whatever goodness was left.

She has nothing to cling to now but denial, and the bitter sweet relief and protection it gives her from a reality too grim to bear.

The thing about denial is the worse the crime, the deeper the denial goes.  It’s done at such an unconscious level that the person themselves often believes the denial completely.

If we want to understand why human beings hurt each other we have to delve deeper than just writing them off as bad apples. Because underneath the bad behaviour are deeply wounded, disconnected human beings entrenched in guilt and soul destroying shame.

We can demonise them, but that doesn’t help us understand.

And it doesn’t help us heal.  Assigning roles of victim and perpetrator might on the surface help. It’s important to have our story heard and validated.  But it doesn’t go deep enough to create real healing.

And it doesn’t help us untie ourselves from the train-wreck childhoods most people never recieve an apology for, and still blame themselves for.

And we’re not at fault for that.

My childhood couldn’t have happened any other way.  Born to those parents, abuse was inevitable.

But what if there’s a bigger picture? A purpose to our experiencing pain and trauma, and if it’s already happened and we can’t change that, is there a way to use it as a catalyst to lift us out of victimhood and into a new destiny?

I believe we all carry ancestral burdens and unhealed trauma from not only our own past, but from our ancestral lineage.  The abuse I suffered wasn't new. Lke all abuse it was recycled. My father was apparenly abused as a boy by his father.  What isn’t resolved in our lifetime is energetically (and also through conditioning) passed down to the next generation.

But we can break the cycle.

And we don’t need an apology to do it.  We don’t even need to forgive in the traditional sense. Instead we can use Radical Forgiveness which offers us a unique way of raising our consciousness to see a higher perspective of our past pain and find the seed of purpose contained within our wound.  Radical forgiveness can help us transform trauma to destiny, pain to purpose, confusion to clarify and anger to peace.

And we can emerge stronger, more grateful, more loving, more aligned with our soul.

I can’t change my childhood.  But the meaning I ascribe to it, and the purpose I draw from it, and the way I use it to fuel my own growth and evolution is my choice.  Forgiving my parents set me free not just from them but from the ancestral bonds that had been passed down from generation to generation.

The trauma stops with me.  If you want it to stop with you and discover how to forgive without an apology and how to use your experience as the catalyst for deeper growth, connect with me now for a free discovery session and find out how I can help.