Smashing The Illusion Of Best Self 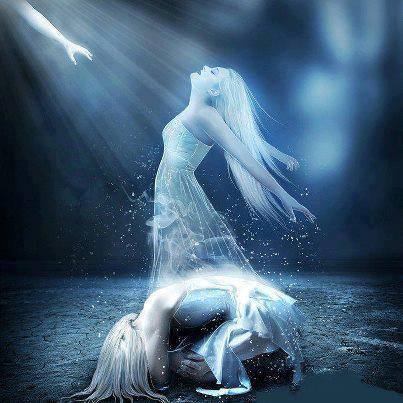 You need the truth about your Best Self ..

Because it's a New Year, and so the story goes that this is the year you become your best self.

And its all just a story, even time is  a story.

A decision, a measurement, a creation we live by, are limited by, are controlled by, are kept less than by.  Do you see the stories of time that keep you smaller than your infinite self?

And so the number's rolled over and now what?  This is the year you're going to be your best self, right?

This is the year you're going to nail whatever dreams you've been repeatedly sticking on your vision board, if you even have one.

To be our best self then, we're only going to be working with that same f*cked idea and trying to make it better.

Kind of like turning a sows ear into a silk purse.

It can't really be done and you already know that because no matter what you do, and I know you've seen improvements, but you're still seeing the sows ear when you think of your 'self.'

And btw, so we're clear, you are not the sows ear, my goodness this is the whole point of this message, even the silk purse doesn't come close to defining who and what you are.

And this is the biggest problem we're stuck in, the idea of who we are and the canvas that we're working with.

We can't yet see beyond the old stains and rips and tears in the fabric of our life as we know it and we're trying to patch ourselves up instead of stripping ourselves right back beyond the dam canvas and seeing what for eons the ancients and some now enlighten souls of today see.

That we're the infinite.

And the canvas, it's just a disguise and no matter how well manicured, it's not a very glamorous one compared to the magnificence of what we're truly seeped in.

The truth is that our whole life is a lie.

Confronting? Maybe, I personally find it wildly inspiring and exciting.  Thank fuck my life was a lie, if that was all there was and the cold hard truth of who I am, now that would be depressing.

We're lied to at every turn about who we are and what we're capable of.

Our education system is built on the whacky idea that memorizing a bunch of mostly useless facts defines our intelligence. And that's coming from someone with a University education, so I'm not jaded, but  seriously, how much of what you learned at school do you remember, use or hold as being worthwhile in your daily life?

And we grade people on that perceived intelligence, "Oh you did so well in your exams you're so smart." Never mind that you're riddled with anxiety and emotionally over whelmed at having to perform for your supper, i.e. the love of your parents, "...now off you go into the world."

And for all your smarts you won't shine, because you're too fucking scared of what people will think and if you fail, oh dear, the world will end and you won't survive.

So best not try.

Well I call BS on that paradigm. Just what the actual Fuck are we really learning?!

But you know what, it's ok, because so long as we know what's really going on, that's what matters. Because you mightn't be able to change all that world out there, but you can change all that's in here, and you can be the change in your own world.

We all can, and if we all did, we WOULD change THE WHOLE WORLD.

But first we have to get beyond this idea of who we are, and this pathetic, yes I said it because that's what it is, story that we're unworthy and not good enough.

Rumi told us we were born with wings, why crawl through life? And that's a good question, and the answer is we haven't been taught that we can fly. All we know is to crawl, like everyone else.

And we're so conditioned that when we see other people trying to fly, we close ranks, we ostracize, we  ridicule and shame those who dare to be different.

"Who do they think they are?" ego mocks.

And that's seriously something you're going to have to get your head around. It's time ego took a back seat and stopped driving your life for good. You've been around the same tracks for years now, the scenery might have changed but that's about it.

And so this best self,  it's just the old self with lipstick on and a new dress. And you can see right through that, can't you.

That's why you don't buy it. Not really.

And that's why you don't change.

Well that's a reality that's no longer welcome in my world and I'm not welcoming it for you either.

In fact if you want to keep believing that old story and crawling round those same old tracks, you might want to unsubscribe, because we're not aligned.

And I'll revel at the numbers dropping from my list first, because that shows me the crawlers are falling away and those ready to fly, they'll come through.

I already know you have wings, and by fucking god I'm determined to rip off the skin you're hiding under and expose them.

So yes, let this be the year, if you dare.

This is the year I'm tearing the walls down, every fucking brick. And I do hope you're in cause I'm coming for your walls too!

Best self is about to have a whole new meaning.

Always in your Corner.