THIS is stopping you from the REAL kind of Happiness 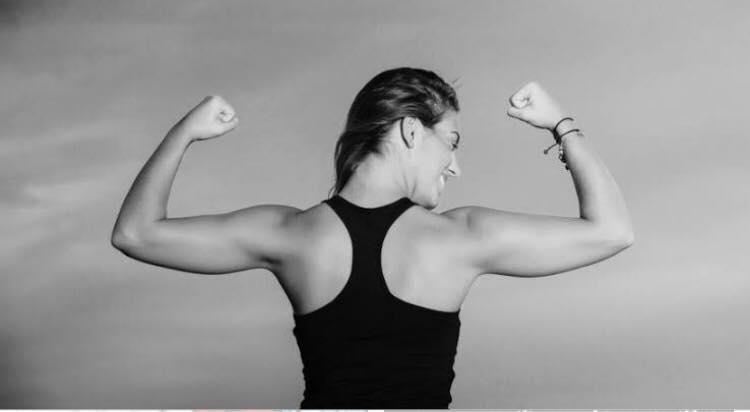 To be happy, really happy, the kind of happy that lasts, and not the surface kind you’re used to....

You have to MASTER your mind, its the mother of all MUSTS.

But first have to master the FEAR, and in order to do THAT you have to to *KNOW* fear intimately.

Meaning you have to know it’s every voice (it has many) and every whisper, every nuance, every thought that’s fear-based.

Most human beings (yes that’s you) have no idea just how much terror they constantly live in.

How easily triggered and offended they’ve become, and how scared of other people they really are.

Scared shitless of speaking up; of being alone, being real, being seen, not just by others but by ourselves.

Scared of money, relationships, men, being judged, exposed, scared of age, and weight, and conflict, and loneliness, scared of really being known.

Scared we’ll be wrong or even right; scared of change of staying the same, of truly living, and dying, scared of being late, of being messy, scared of saying no, or saying yes, sacred of decisions, first meetings, and goodbyes.

We’re scared of being disrespected, rejected, hurt, ignored, unwanted, unloved, scared of our own unresolved shadow.... and the list goes on....

You have no idea how much of yourself you’re hiding, even from yourself.

And the fear VOICES (there are four) are so deeply enmeshed in our psyche they’re running on a constant. And we don’t even realize.

That’s not YOU talking in your head.

Only when you get fully aware of how much inner dialogue is going on without your permission THEN you’ll start to witness the magnitude of fear that your currently hooked into.

Energy is everything because it’s our direct communication with the divine field that is the Universe.

And the Universe, as a responsive system meaning it brings our energetic communication into physical form.

BUT it’s your mind that’s directing your energy and communication.

So until you get your mind under control you won’t control the direction of your energy or your communication.

And the biggest threat to controlling the mind is FEAR. Look to your own life and see how much energy is going there.

Fear misdirects energy to all the wrong places, aspects, beliefs, hurts, old wounds, stories, misconceptions etc., that you DON’T want, but that expand because your energy keeps going THERE.

Because your MIND keeps going there.

THIS is why you NEED to know where and when fear is active and exactly WHAT it says.

What makes fear so potent is it’s consistency.

There’s a simple yet powerful way to see and understand exactly where fear is operating in every aspect of your life.

And that’s where we start in Mind Masters, because you NEED to be FAMILIAR with the fear/shadow voices.

You need to know them like you know your 2 times table, inside out, otherwise fear will rule your life until your very last breath.

Fear is the reason you’re stuck and feel lost, it’s why you compromise and settle and sabotage yourself over and over again.

It’s why you become codependent, hide behind relationships, cling to what’s dying and deny your own power, which yip, you’re afraid of that too.

Because being in your power means you’re going to have to do all the things that right now you’re scared of.

I’m teaching the MOST POWERFUL process for eradicating fear ~ energy alchemy is the leading edge of consciousness ~ and it WORKS.

We currently live in a suppressed global consciousness and there’s a war raging between the fear and the soul, and many people are losing the battle hence the rise in depression, anxiety, overwhelm, stress, mental illness, obesity, physical dis-ease etc.

YOU’RE the sleeping warrior who needs to wake up, step up and fight the battle consciously, else you’ll keep losing it too.

Because the more awareness you bring to fear, the more you nail it’s ass, (when you know how) every-single-time.

We’ve lost sight of our own value and power and we’ve given it all over to the fear. And THAT’S the root of all evil.

It’s what keeps us buried beneath the lies, small, slow, and operating from low frequencies of consciousness that manifest back into our lives over and over again.

The voices in your head, the excuses, the stories, the hurts, that’s your fear talking.

And it’s time you learned how to shut that muthafucker up for good. Otherwise you’ll be it’s bitch for another lifetime, and another, and another....

I just filled another MIND MASTERS Group and I’m going to open one more. Currently only $300 per month, BUT that goes up to $500 start of next month.

There’s now ONLY 4 spots, and ONLY for people ready and willing to do what it takes to be a true MASTER and dig deep and stick it out when the going gets tough and never give up, no matter what it takes.

Here for details and to see if you're a fit....

Or stay where you are, drowning in the fear, missing your self, your true life and the real kind of happiness.