THIS Is The Freedom Your Soul Seeks 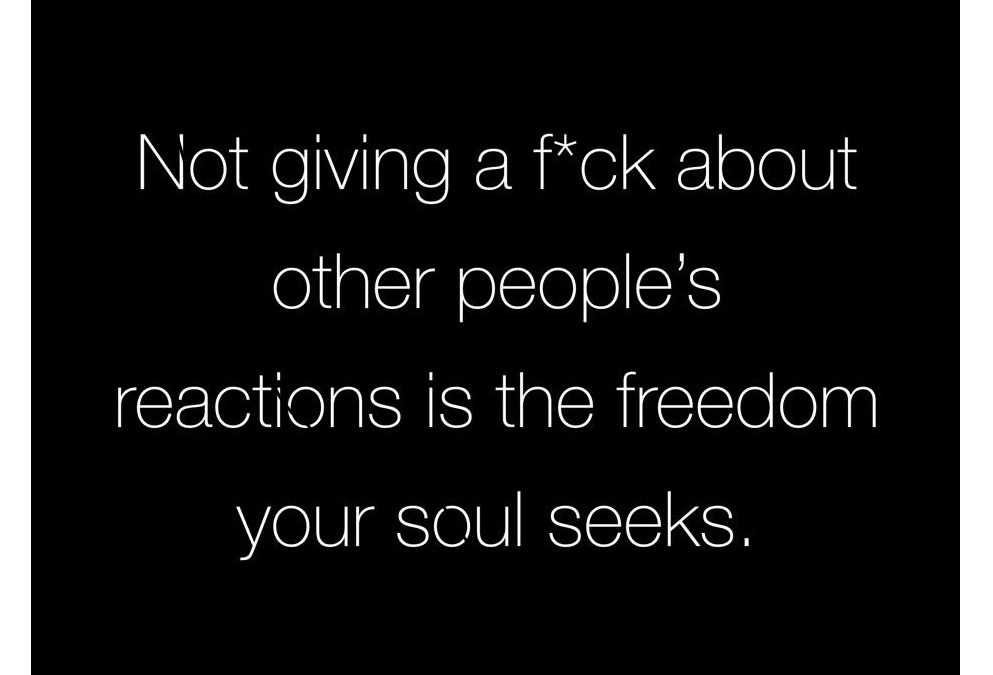 My whole childhood I held a secret. And I had a fear around my mother finding out because I was scared it would destroy her.

Turns out she knew, and the only person the secret was destroying was me.

It’s taken me most of a lifetime to shed the deep conditioning and co-dependency programming that keeps us attached to other people’s reactions.

I don’t give a fuck how people react to me now. I’ll never try to protect another human from feeling what they have inside them, because their feelings and reactions are THEIR business, not mine.

Until we awaken, we’re all unconsciously manipulating each other by trying to influence how each other feels, thinks and reacts.

And we’re doing it because we’re trapped in collective low frequency patterns of codependency which only serve to keep us fearful of each other. And ultimately of ourselves.

You can’t manage your own inner world by trying to manage someone else’s.

Because other people’s inner worlds aren’t actually available to us. Only they have access. And it turns out the discomfort you're really afraid of is your own.

And there’s *always* a bigger picture.

A picture that they are willing participants in, even if they’re still sleeping.

Meaning, everything that’s happening they’ve agreed to. And whether they’re conscious enough to know it or not, that they’re in the dynamic means whatever’s unfolding is part of their OWN personal manifestation.

They attracted it. And you can’t control that.

There are no mistakes.

And even though we may have forgotten, we’re all here participating in the rebalancing of energies through our human relationships, and the circumstances that arise because of them.

That’s how it works.

And in order to start participating more consciously in that process and actually get control of your emotional world you first have to understand HOW it works AND then transmute every obstacle that stands in the way of you living that understanding.

Breaking the bonds of collective co-dependency isn’t easy. There are many layers, and each layer unraveled transmutes more negative energy back into power.

Eventually you don’t have to convince yourself that others reactions aren’t your business, you simply know, deep down in your bones.

And nothing can undo that knowing because it’s truth, and when you feel it’s vibration there’s not a soul on earth that you would or even could put yourself back asleep for.

And that’s the freedom you seek.

That’s the freedom your soul seeks.

It’s also the freedom your shadow fears. Which is why it’s so fucking hard to attain.

But there is a way, and I know it. And if you’re ready to do what it takes to know it too, then it could be time we talked.

Because until other people’s reactions become none of your business, control of your emotional world will always be out of your reach.

If you'd like to know more about working with me or apply to work with me 1:1 connect here.