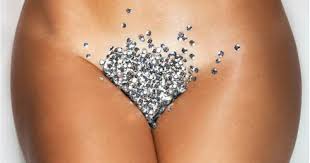 If you're considering casual sex, or you're participating, there's more to consider than meets the eye.

Sex is physical, and emotional, especially for women because there's a direct connection between your yoni and your heart, sex is also energetic.

Everyone you have sex with leaves an energetic imprint.  It can take years to energetically clear your field from the lingering vibrations of the men you've slept with, and the women they've slept with.

And it's a bigger issue than most women engaging in casual sex pay attention to.  Research shows that men who have casual sex with you, are also having casual sex with other women.  And women who engage in casual sex, tend to have lower self esteem and battle issues of rejection, fear of abandonment anxiety and issues around worth which when you whittle it all down equate to one thing - low frequency energy.

And before you get on your high horse about your right to have casual sex and there's nothing wrong with you, just pay attention to what's really going on for you emotionally around men and relationships and you'll see the vibrations of shame that aren't only keeping you underestimating your value and sleeping with men who don't see you as a Queen but keeping you justifying your right to do it.

Btw there's no judgement here.  I've been through the casual sex circus myself, and it took me a long time and a lot of effort to transmute the energy deposited into my system by men who if I'm honest, had not earned their way into my field, never mind my precious body.

And maybe you think you can control your energy field and you're immune to the damage other people's energy can do. Look to your life and your relationships for evidence because that energy is manifesting. And the more drama in your life, the more self doubt, the more fear and desperation, the  more conflict and lack of understanding and the more anxiety in your life it's all manifesting from your own inner field.

Casual sex can be emotionally messy.  With the best intentions in the world, when you're letting someone penetration your field and lay close to you, for however long, you're letting them in, and you get too attached.  And if you're not attached you can develop a sense of self loathing, that you're opening yourself to someone you don't care about or who doesn't care about you.  And all those thoughts, all those feelings, all energy, all manifesting.

Can you see the connection yet?

And maybe you're cool with the arrangement and right now you really don't want more. Great, but you need to get brutally honest with yourself that you're mind doesn't have you convinced you're not valuable enough to be loved deeply by a man who's committed to having sex with just you.

And monogamy maybe isn't your thing. And that's ok too, But it doesn't stop you from being energetically imprinted by the fields of other people and you cant know whats in a person's energy.   Or the energy of the people that whoever is having sex with you is having sex with them.

Casual sex can be a big temptation, especially if you've been single for a while and there's a sensual sexy goddess itching to dance her way out of your bones.

And maybe you haven’t had the most satisfying or respectful relationships in the past, and you just want to have fun, fun fun! And you're a big girl, so why not.

It's not a coincidence that a lot of women who have casual sex have disconnected and often painful relationships with their fathers and the masculine in their life.

And having casual sex has become a trap that they can't seem to eject themselves out of because energetically they've fueling the faulty belief system that's driving them to causal sex in the first place.

One of the most damaging outputs of casual sex isn't just the energy dump. Its also the double standard from men that dictates women aren't as free to have casual sex as men without it impacting their reputation.

And even good men who will sleep with you casually and tell you they admire your sense of freedom and love having sex with you, when it comes to commitment they're typically looking for a woman who doesn't let them into her undies without earning his way in.

Men know where they've been and they intuitively know that it's more than just bodily fluids being transferred.  And they've slept with enough women to know that no matter what she says, sex typically has an impact on a women's feminine system and sense of value which in turn impacts a man's masculine system.

And that's why men and particularly high value men seek out women who don't do casual sex for relationships. And why no matter how pretty or smart or available you are, they leave you for dust when they're done. And they know they can always get casual sex elsewhere.

And often its women with low frequency energy patterns and who don't know their value, and who carrying deep wounds around the masculine that will put up with his crumbs. And that's the energy he's dumping into your vagina.

And there's no judgement or criticism. You cab leave your shame at the door. Women who have casual sex are as worthy as the women who don’t, its simply that many haven’t yet claimed their worth and stepped into QUEENDOM that they're still entertaining men who bring nothing but the occasional hard on.

What's also true is that many women who know their value learned the hard way.  The way to seeing your value in form is to act from a place of value across every facet of your life and that's not easy.

It'll stretch you every which way, and especially if you grew up with an arsehole dad and boundary-less mum who couldn't teach you what she didn't know.

And its on you to teach yourself, or learn from someone who's walked the path before you but creating a powerful container of high frequency energy, means never letting any Tom, Dick or Harry and the million women they’ve slept with dump their energetic load into you.

Men, and especially men who play the field will tell you, although they're drawn to casual sex, they typically won't make themselves emotionally available to the women they casually sleep with.

And you might start out not needing his emotional availability but what happens when you're feeling sad or needy, or when you're going through shit and the man who's fucking you regularly isn't around for dust because he's got a date with his ps4 or the gym, or another woman's pussy?   It;s going to hurt, and you're going to turn that hurt inward and subconsciously feed the story that leads you to having casual sex in the first place.

You're not worthy of more. But you don't know how to attract a man who will love you for you, and you're stuck manifesting from a pit of low frequency energy that's been in you since childhood.

Basically, he doesn’t mind fucking you, but he'd never take you home to meet his mother.

And maybe you don't particularly care, but it's not about his mother, its about the energetic message and contract between you both that diminishes your power and value without touching the surface of his, and maybe he seven uses the casual sex to feel powerful. And you think you do too, but he just isn't wired like you.

And the more casual sex that you have the more you become lost in the pattern.

And the journey gets harder, and the way out dims, and we keep falling back into the low frequency patterns and attracting men who only want sex.

As women part of our evolution and up-leveling is to know our value and to honor ourselves from that place power.  And you'll be tested along the way, I know I was. But its not until you do different that you get different.

It's when you're tempted, and you turn it down that you activate a high feminine frequency and then attract a better man.

I was stuck in this trap for years. I had a lot of fun, in fact my last casual encounter was with a Hollywood heavy weight and one of the sexiest men alive.  But it was still a compromise, because what I really wanted was to wake up to a man who I could truly lose my our self to and become one in our union which was shadow-less, fearless and in alignment with the higher vibration of my highest self.

And you've got to get rid of the shame. The past is gone, and there's no going back, there's only now, and what you choose in this moment.  And you can’t shame yourself into a higher frequency.

You may also need to abstain for a while and do what it takes to clean house and get your body and mind back into alignment with the exquisiteness of your spirit and the power of your soul, before you open up shop.

Of course is you're happy having casual sex and you really don't want anything more, that's great. You're the boss of you and you should do what makes you happy. But you need to know the energetic impact that its having if you want to live a life of conscious attraction and high frequency love and joy.

And remember, even if you're good with it, you stand to take on the energy of all the other women who opened themselves up to the man who's inserting himself into you, for the sake of an orgasm.

If you're in between relationships and you're missing intimacy and sex, there are others ways to ensure your pleasure that aren't damaging to your energy system.  In-fact they can be incredibly healing.

You'll never know how much low frequency energy you're carrying, until you start shining the bold light of truth in the darkest corners of your psyche. And maybe you understand the power of intention and that it takes an incredible amount of subconscious clearing, shadow work, and alchemy to truly get to that point.  In which case its highly unlikely you'd be opening yourself to a casual encounter with a man who's been god only knows where.

You really do have diamonds at the meeting of your thighs. Once you know that, really know that, you'll become very discerning about who handles your jewels, and only the highest energy can pass through the walls and into the vault of your precious Queendom.

And if you're struggling with this pattern and you want to step into a higher feminine consciousness and attract a higher vibration relationship and man, reach out and connect. It's time we talked... here for how to work with me 1:1.